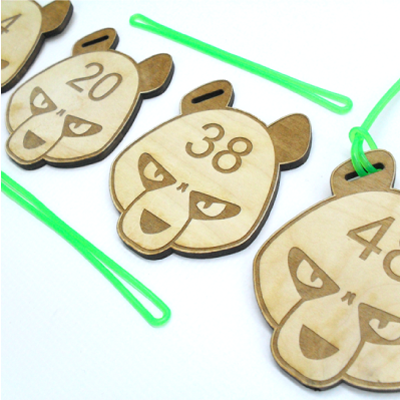 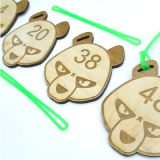 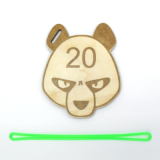 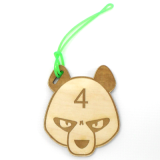 Only 999 wood Panda tags will ever exist!

Panda bag tags may just be the LARGEST active bag tag set in the WORLD.

Manufactured in the US

Display them on your bag with panda pride

Or just save them, because they look pandarific!

Play for tags with other tag owners

We Panda-folk use these to keep the competition aspect going, even during casual rounds.

Our General rules for tag play:

Initial Tee Order is from lowest numbered tag to highest.

Each player may throw, and choose between, two drives off of the FIRST (and only the first) hole played...this is referred to as 'Two off the first'. This helps players warm up, since sometimes we just get out of the car and, without any real warm-up, we will just start our round.

Casual play, but still tournament style rules during the round; basically, each player's first shot counts.

No need to take things too seriously!

The player with the best score receives the lowest numbered tag in the group.

If there is a tie for the best tag: the players who are tied go to a sudden death playoff, starting the same round again.

If there is a tie for a tag that is not the best tag in the group: the player who entered the round with the lowest numbered tag will earn the tiebreaker and take home the better tag.

No one needs to playoff for tags that aren't the best in the group...unless you really want to.

Brag, gloat, and THROW down some smack talk everyone that has a higher numbered tag than you.

*Small Cosmetic blemishes in the wooden tag MAY be present- it's wood!*

*Random Tag will be given.

Do NOT request any number.

Sold out
Add to Cart